The Independence Day Parade I Will Never Forget 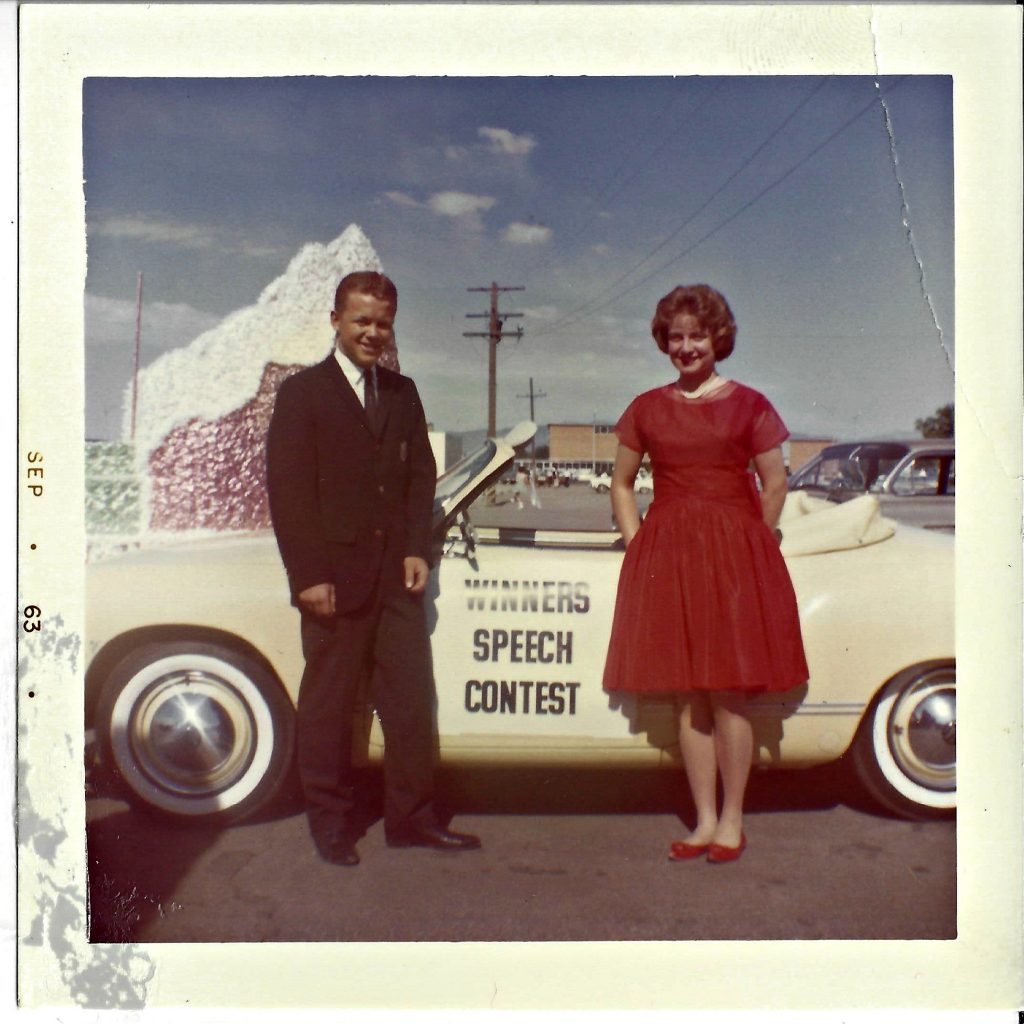 Leah Mae Wright Lewis (my grandma and Doug’s aunt)  was proud of both of us and took this picture of us before the parade began.

The Excitement of Winning!

Doug Wright (my second cousin who lived on the other side of town) and I were winners! Both of us placed second in the 1963 Provo City Freedom Festival Speech Contest. (They chose one male winner and one female.)

The Excitement of Participating in the BIG Parade!

We took our place in line for the Big parade at the Provo High School parking lot. It was exciting to see all the floats and hear all the marching bands. Doug and I sat on the back of this convertible and waved to the crowd along the parade route. Talk about fun! I loved every moment and will never forget it.