Home » Wise Caregivers » What would you do if you knew this was to be the LAST WEEK OF YOUR LIFE?

What would you do if you knew this was to be the LAST WEEK OF YOUR LIFE? 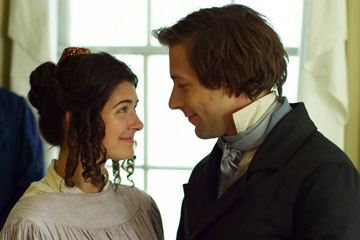 Joseph was only 38 years when he parted from his Emma.

On this day (June 20th) of 1844 Joseph Smith knew the end was nigh and according to his journal he did the following:

1844 – The Prophet Joseph started his day by riding to the prairie outside on Nauvoo with his Nauvoo Legion staff, “to devise plans for the defense of the city, and select the proper locations to meet the mob” (History of the Church, 6:507). Later he wrote a letter to the President of the United States, John Tyler, asking for protection “which the Constitution guarantees.” Affidavits where collected to show the danger of the present situation the Saints found themselves in. The Prophet wrote letters to the Twelve Apostles, who were on missions, asking them to immediately return home to Nauvoo. In late evening, Joseph gave directions to Theodore Turley to begin the manufacture of artillery. “I told him in confidence that there would not be a gun fired on our part during this fuss” (History of the Church, 6:520). He also told his brother Hyrum to take his family and go to Cincinnati. “Hyrum replied, ‘Joseph, I can’t leave you.’ Where upon I said to the company present, ‘I wish I could get Hyrum out of the way, so that he may live to avenge my blood, and I will stay with you and see it out.'” (History of the Church,6:520).

If you knew ahead that your days were numbered (only 7 left) how would you focus your efforts? Something to think about.